Here are a few pictures form our Palestine stall earlier today, in the wind-tunnel outside the Poundland in Leyton.

The interest and expressions of solidarity were hearth warming. A woman came over who spoke with tears in her eyes about her recent trip to pray in Al Aqsa Mosque in Jerusalem and the subsequent tour of the occupied West Bank.

Another woman told us that she spend time in the West Bank during the First Intifada and described her feelings of desperation that the atrocities in Palestine still continue to this day.

There was lots of interest in the Hewlett Packard boycott and everybody we spoke to was surprised to learn about HP's involvement in the Israeli occupation of Palestine.

Out next stall will take place in the Walthamstow Town Centre, near Library,

Hope to see you there. All welcome. 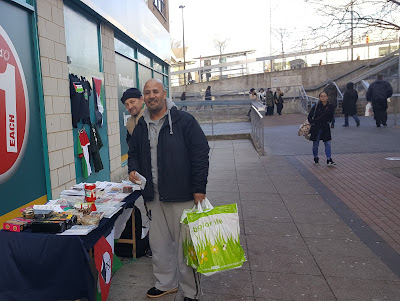 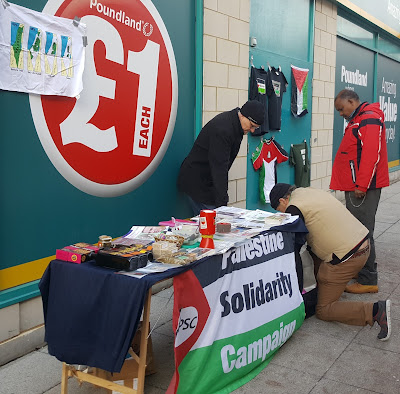 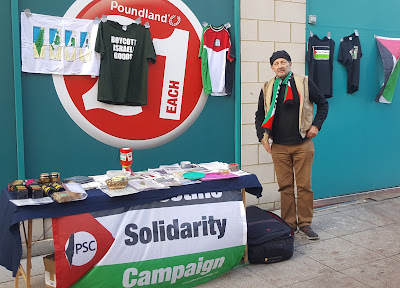 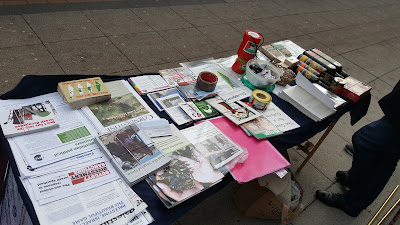