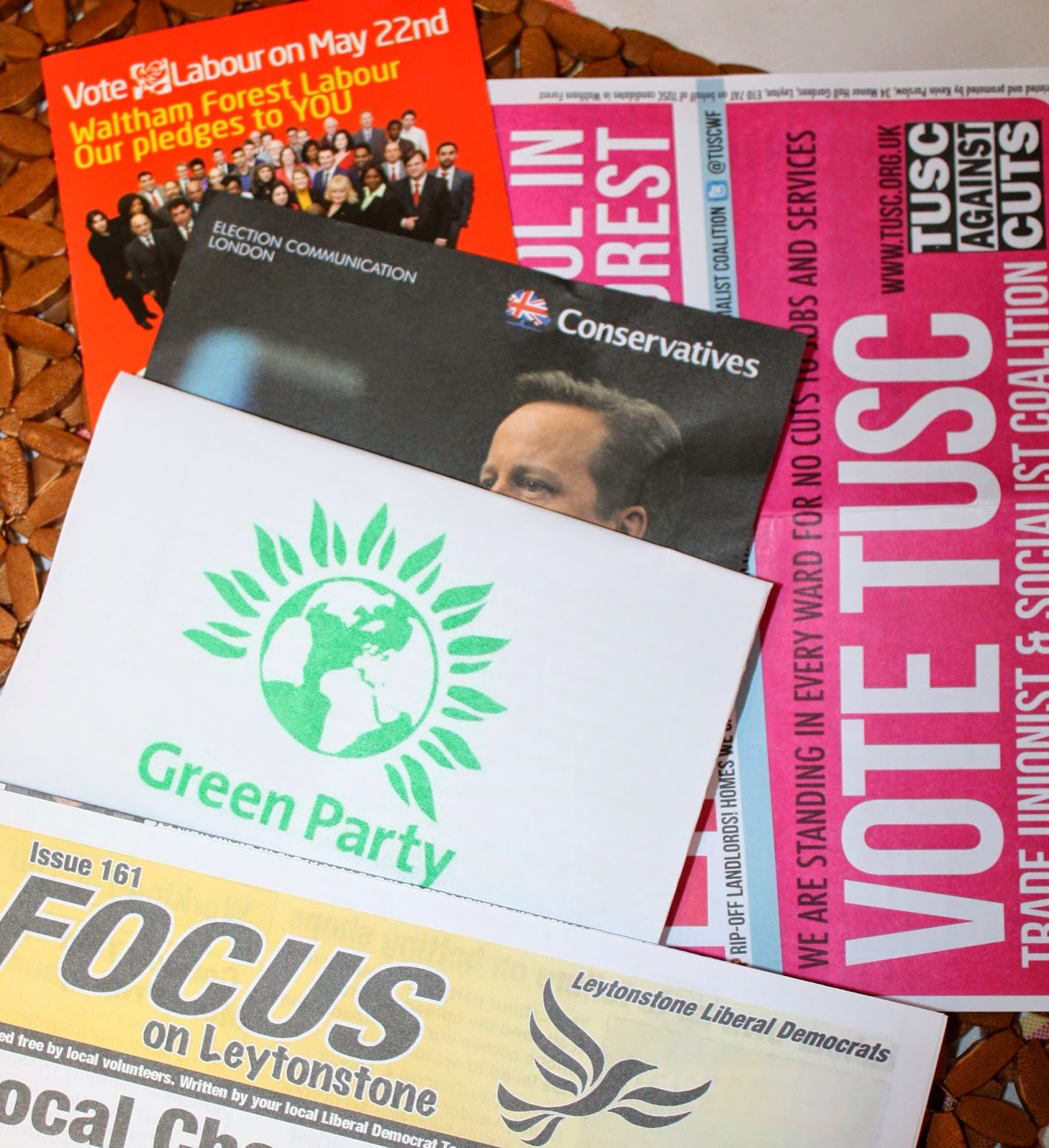 This week, Thursday 22 May, the local election will take place. In Waltham Forest all the councillors, 60 seats, are up for re-election. Though this is a local election, also town hall decisions in Britain can and will have, an impact on the ongoing occupation of Palestine ( please, see the text of our open letter to candidates in the box far below).


For friends of the Palestinian people it is therefore important to take candidates’ opinions on this matter into consideration when deciding where to put the three ‘x’s. As you will see below, in Hoe Street Ward and Forest Ward, the Palestinian people have strong support. If you live elsewhere, you still have a chance to ask your candidates to declare where they stand on this issue and to use the power of your vote accordingly at the ballot box.

Out of 60 councillors on Waltham Forest Council, four have responded to WFPSC open letter, which was sent to them all. Other candidates could not be reached due to their failure to provide their contact details to the voters.

Cllr. Saima Mahmud, Labour, representing the Hoe Street Ward pledged that she as “an elected councillor, would support measures to exclude Israeli illegal settlement goods from being purchased by the London Borough of Waltham Forest and institutions under its authority and request and encourage similar practice from partner organisations”.
Saima commented that: “A list of such illegal settlement goods would be helpful. More details on measures that could be adopted would be welcomed.”.
If elected, she pledged to “support and work for the exclusion of companies profiting from the illegal occupation of Palestine from any tender issued on behalf of Waltham Forest Council” and asked for “Advice (in particular, up-to-date legal advice) on how these companies could be excluded from the tendering process, would be helpful”.
Saima also responded positively to the question “Would you take proactive steps to ensure that Waltham Forest pension and other funds are invested ethically and that companies involved in activities or benefiting from the illegal occupation of Palestine are identified and excluded from the investment portfolios of our Council?” and asked for “More details on what steps can be taken would be welcomed, as would a list of such companies”.

Cllr Ahsan Khan, Cabinet Member for Health & Wellbeing, and Labour Party Councillor for Hoe Street Ward, responded that his “response to the questions are: yes to all questions.”

Cllr Mark Rusling, Cabinet Member for Economic Development and Corporate Resources,
Labour and Co-operative Party Councillor for Hoe Street Ward replied: “I do believe that the West Bank and Gaza should be part of a united, contiguous, peaceful Palestinian state, living alongside an Israeli state - as has been made clear from UN General Assembly Resolution 181 onwards, and by numerous resolutions of the UN Security Council. The Israelis have a right to live in peace within their own state, but I do not believe that that right requires them to occupy the West Bank or to deny the Palestinians their right to national self-determination.

“I do believe that public bodies such as councils, and private bodies such as pension funds, insurance companies and corporations have a duty - exercised as far as the law allows - to ensure that their procurement and investment decisions do not perpetuate situations which are illegal under international law. I was part of a cross-party campaign to encourage British investors to divest from activities which benefited the Sudanese regime, following its genocidal attacks on its own Darfur region. Companies which traded with the South African apartheid regime were clearly doing do illegitimately and immorally.

“Should I be re-elected to Waltham Forest Council, I would never advocate the Council acting in a way which was illegal or unlawful. That would open the Council up to expensive legal action, which would be paid for by the residents and council tax-payers we seek to serve through higher taxes or reduced services. However, within the extent permitted by English and European law, I do believe that excluding the types of goods, services and investments mentioned in your email could be legitimate. This could also be applied to other situations which are illegal under international law - such as goods made by Moroccan authorities in Western Sahara, or by Russian authorities in Crimea. It would be useful if you could provide up-to-date legal advice as to how this could happen.”

Cllr Gerry Lyons, Labour councillor for Forest Ward and Chief Whip, responded with this statement: “I am now in my second year as an officer of WFPSC and I have been a member for some years before that. I have often written to all three of the Waltham Forest MPs asking them to sign Early Day Motions which support the Palestinians. I made efforts to persuade councillor colleagues not to give their votes on the North London Waste Authority to award contracts to companies with interests in the occupied territories.”

Here is the open letter we sent to 60councillor candidates :
Dear Councillor/Councillor Candidate,
On 22 May you will be standing as candidate for a seat on Waltham Forest Council. While we recognise that this is a local election, and will focus on local issues, decisions made by local politicians on all levels can also have a serious impact on communities in other parts of the world, not least for the Palestinian people - suffering from decades of occupation and continued theft of land, severe human rights abuses and destruction of their livelihoods and dignity.
Israeli settlements on the West Bank (including East Jerusalem) are in breach of international law and several United Nations resolutions. Products produced in illegal settlements, on stolen land, are widely sold in the UK and several companies which profit from the present situation are also active in this country. We believe that the purchase of such goods and use of the services offered by such companies contribute to the continuation of human rights abuses in Israel and occupied Palestine.
Many products on the market, such as fruit, vegetables and many others, originate from illegal settlements on Palestinian land and a number of companies tendering for services in local British communities deal with and profit from business and activities in the occupied territories. We believe that if a local authority purchases products produced on stolen land, and allows companies which profit from the occupation of Palestine to tender for local contracts (such as Veolia, G4S and others) they will make themselves and the community they represent complicit or co-responsible for the ongoing occupation, human rights abuses and ethnic cleansing of Palestine and help to destroy any chance of peace and justice for all in Palestine/Israel.
As the Waltham Forest branch of the Palestinian Solidarity Campaign (WFPSC), we have a large and constantly growing number of supporters in the borough and many of them have approached us for information about where local councillors and candidates stand on this issue.
We in the WFPSC, intend to give these concerned citizens and voters a chance to make an informed choice as to how to vote in the forthcoming election, i.e. a decision also based on where the candidates stand on this issue. Therefore, we ask you to declare your personal opinion on the following matters.
As an elected councillor, would you support measures to exclude Israeli illegal settlement goods from being purchased by the London Borough of Waltham Forest and institutions under its authority and request and encourage similar practice from partner organisations?
Yes or No
Would you support and work for the exclusion of companies profiting from the illegal occupation of Palestine from  any tender issued on behalf of Waltham Forest Council?
Yes or No
C) Would you take proactive steps to ensure that Waltham Forest pension and other funds are invested ethically and that companies involved in activities or benefiting from the illegal occupation of Palestine are identified and excluded from the investment portfolios of our Council?
Yes or No
It is our opinion that you, as a candidate, owe it to your voters to tell them where you stand on this issue, and that continued silence in the face of injustice will be interpreted as effective support for those who carry it out, the Israeli government and the Illegal settlers.
The reply to this letter, which will be sent to all candidates in the upcoming election will be made public on our website and elsewhere, and will be shared with all our supporters so that they are able to make the final decision how to vote.
On behalf of Waltham Forest Palestine Solidarity Campaign (WFPSC)
Yours sincerely,
WFPSC
Posted by Waltham Forest Palestine Solidarity Campaign at 22:20 1 comment:

Join us at the Palestine stall tomorrow in E17 11am-2pm

Join us for a chat and browse through our literature on Palestine or stock up on our Zeytoun Palestine olive oil and other produce, Palestine football team shirts etc. etc.

For the location of future stalls contact us on wfpsc@yahoo.com 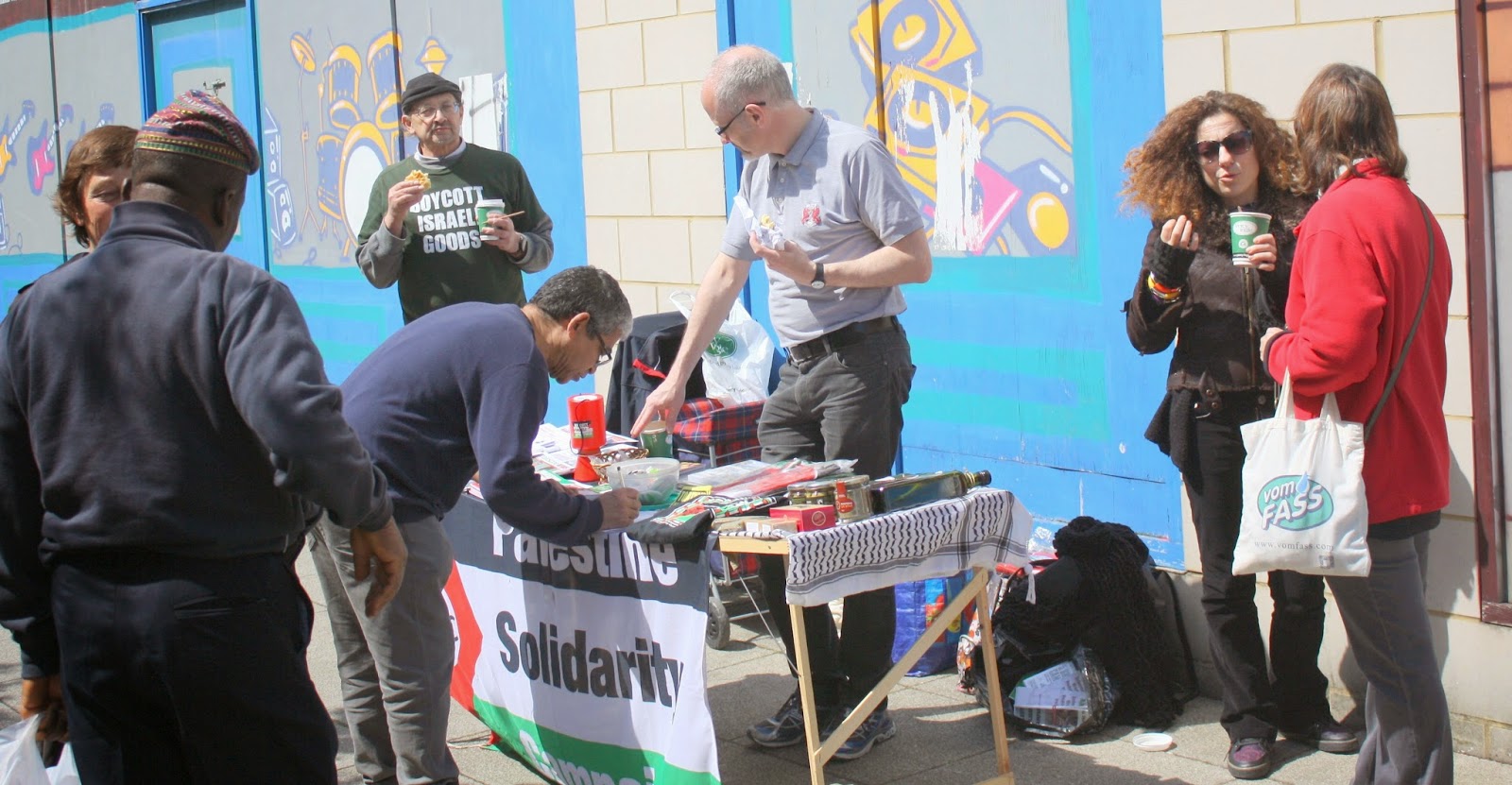 We now know the location of Tzipi Livni protest this evening 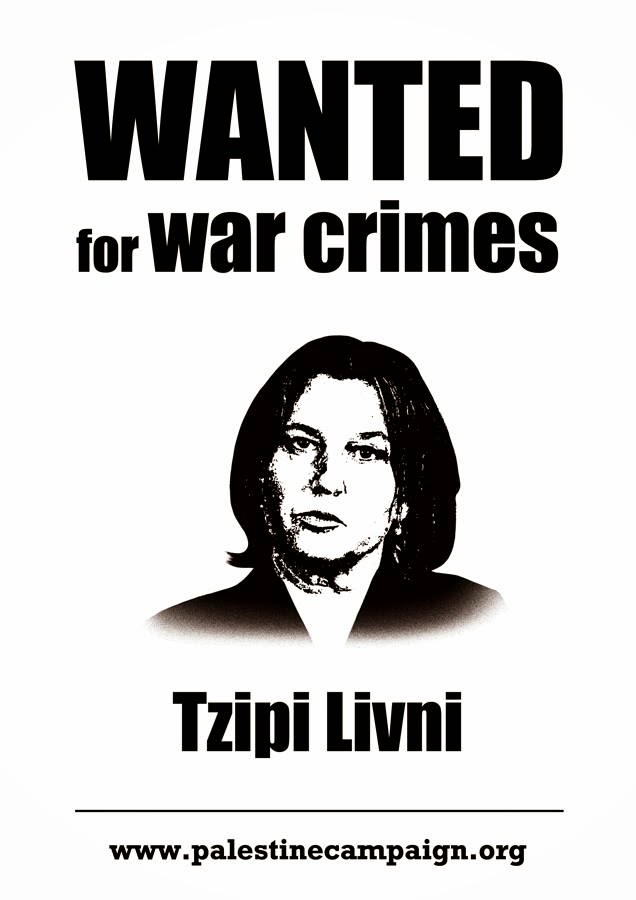 Call for action by the PSC:
Dear Friends,

Please circulate this widely to all your contacts!

Please see our website and FB pages for graphics and up to date info.

Please make sure to bring your branch banners and flags etc.

Israeli politician, Tzipi Livni, will be speaking at a Jewish National Fund event on the evening of Thursday 15th May . This is the day when Palestinians mourn their losses – of loved ones, land, homes and country – which began in 1948 and continue until today.

Livni was one of the architects of the Israeli attack on Gaza 2008/09 which led to the deaths of 1,417 Palestinians – 313 of them children – and injured 5,303. Tell Livni that war criminals are not welcome in Britain.

Posted by Waltham Forest Palestine Solidarity Campaign at 02:22 No comments: 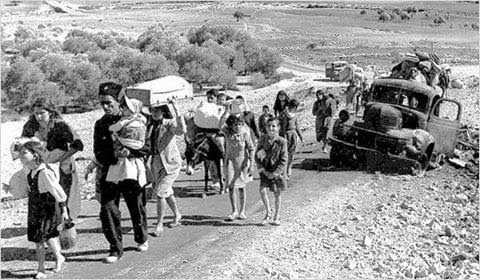 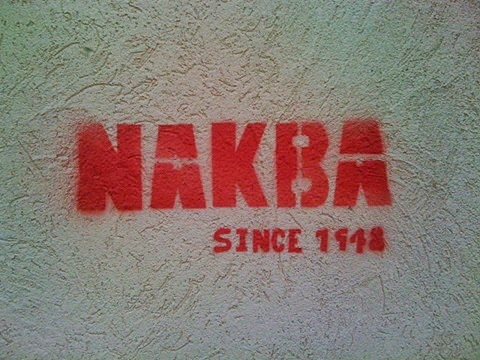 Israeli politician, Tzipi Livni, will be speaking at a Jewish National Fund event on the evening of Thursday 15th May in London (location to be confirmed).

15 May is the day – the Nakba – when Palestinians mourn their losses – of loved ones, land, homes and country – which began in 1948 and continues until today.

Put the evening of Thursday 15th May in your diary and please help us protest against war criminal Livni’s visit.

Register with us to receive more details of the protest: www.palestinecampaign.org/events/tzipi-livni-protest/

Posted by Waltham Forest Palestine Solidarity Campaign at 11:51 No comments: