Gaza crisis – public meeting success for local Palestine campaigners
Last Wednesday evening saw Harmony Hall in Walthamstow full to capacity as people crowded in to hear a range of excellent speakers on the vital subject of how we can best support the people of Gaza, The joint meeting was organised by the Waltham Forest Palestine Solidarity Committee together with the Stop the War Coalition.
After the terrible slaughter of civilians, including hundreds of children, the attention of the media has moved on but the speakers were determined that the people of Gaza and Palestine in general would not be forgotten. Yousef Al-Helou, a journalist from Gaza who has lost many members of his own family received a standing ovation after he spoke movingly about the recent Israeli invasion, and paid tribute to the courage of the people. All speakers were united in calling for an end to the blockade of Gaza, and the need to put international pressure on Israel to recognise the human rights of the Palestinian people, and that lasting peace can only come through justice.
Salim Alam (from Palestine Solidarity) called on people to support a focused campaign of boycotting Israeli products and to pressure the British government to stop selling arms to Israel. The panel included two Jewish anti-Zionist campaigners (Rob Ferguson and Naomi Wimborne-Idrissi) who stressed that it is not anti-Semitic to oppose the Zionism of the Israeli state, and that it was “Kosher” to boycott Israel. They also pointed to the diminishing support in the US by younger Jews for Israel. Finally, Irfan Akhtar from the Waltham Forest Council of Mosques stressed the need for the local community in Waltham Forest to get more involved in the campaign for justice and human rights.
Posted by Waltham Forest Palestine Solidarity Campaign at 19:39 No comments: 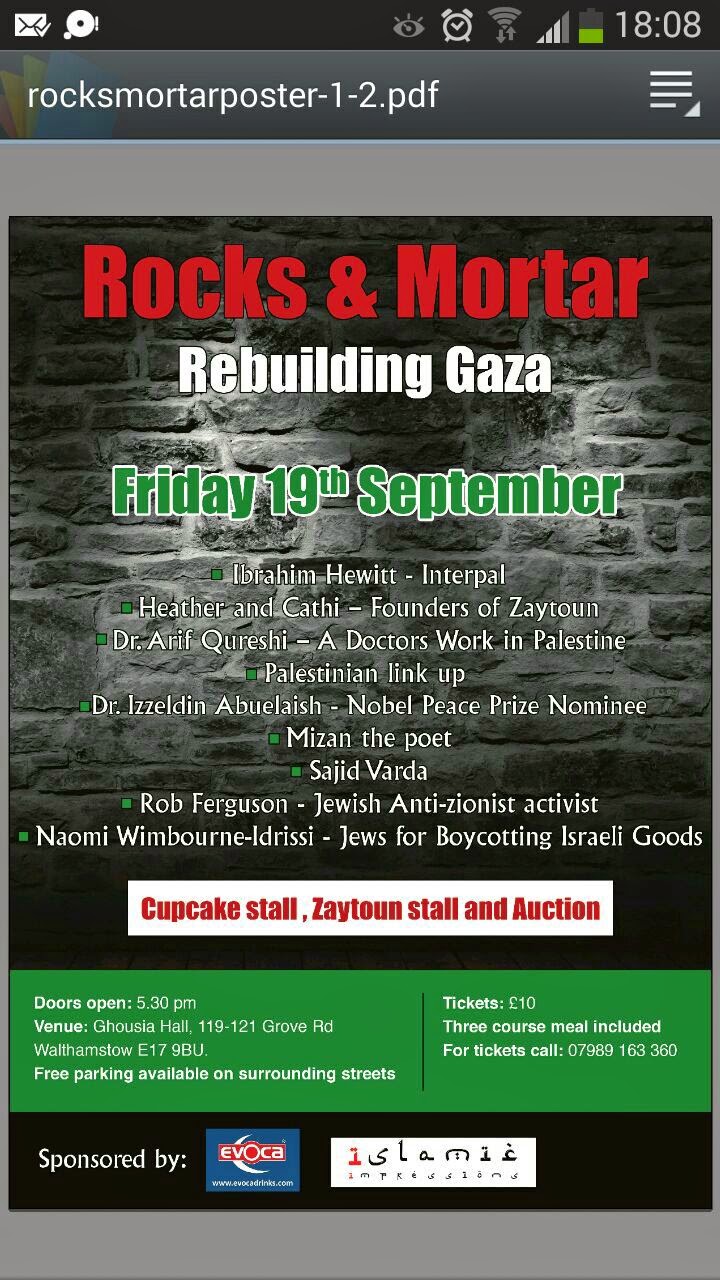 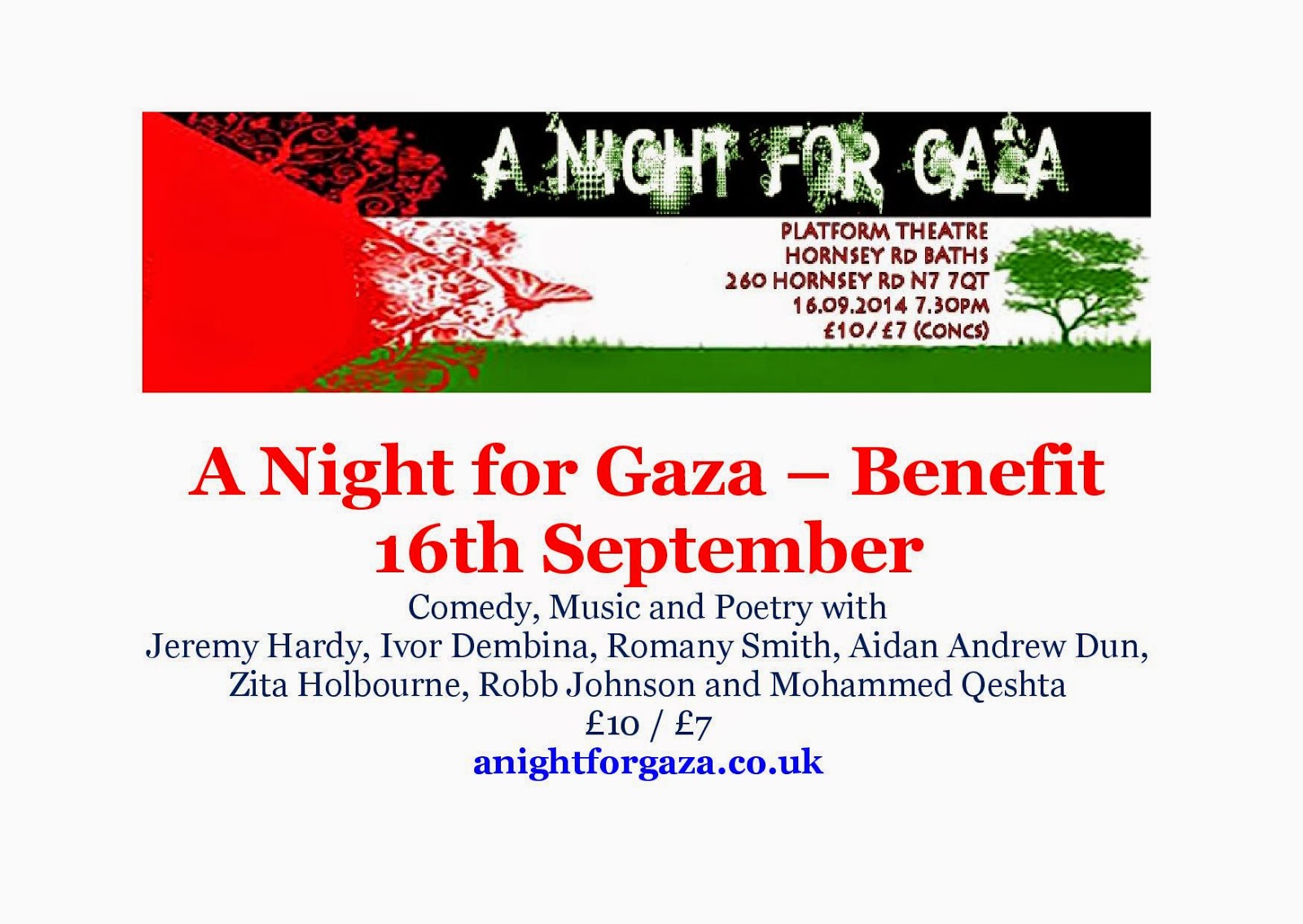 Posted by Waltham Forest Palestine Solidarity Campaign at 08:54 No comments:

Mass Lobby of Members of Parliament on Tuesday, September 9th

If you are a Waltham Forest Resident please consider coming to this event. You can see details of it on the PSC website. Your Member of Parliament . Depending on where you live in the borough, your MP will be John Cryer (Leyton), Stella Creasy (Walthamstow), or Ian Duncan Smith (Chingford). And it would be best to contact your MP now and ask for an appointment for that afternoon.
If it is you first time, here is some information which may be of help. On September 9th  we have been asked to first  meet in Westminster Cathedral Hall. To get to it walk up Victoria Street from Victoria Station, turn first right down Thirleby Road and then right again into Ambrosden Avenue where the Hall is located further along on the right hand side. Be there any time between 12 and 1.45 pm. There will be 3 or 4 briefings, at approximately 12.15, 12.35, 12.50 and 1.15  so time the one you want to go to according to the time of your appointment with your MP. It is impossible to know how long it will take to get through security into the House of Commons, so allow maximum time between the end of the briefing and your appointment time with your MP.
The briefings.
These are by PSC staff and will describe how to find your MP and what key issues you might like to ask them about.
Meeting up. If you feel uncertain, please take advantage of the fact that I will be in the Hall from 12 onwards, located up in the balcony area above the main hall.
Look forward to seeing you there.

Posted by Waltham Forest Palestine Solidarity Campaign at 11:01 No comments:

GAZA, What Next for Palestine

We are now back after having had technical problems with our blog - therefore, sadly, no updates for a while. In the meantime WFPSC has cooperated with Stop the War around a very successful public meeting in Harmony Hall on 3 September. Around one hundred people listened to inspiring speakers and took part in the following discussion. 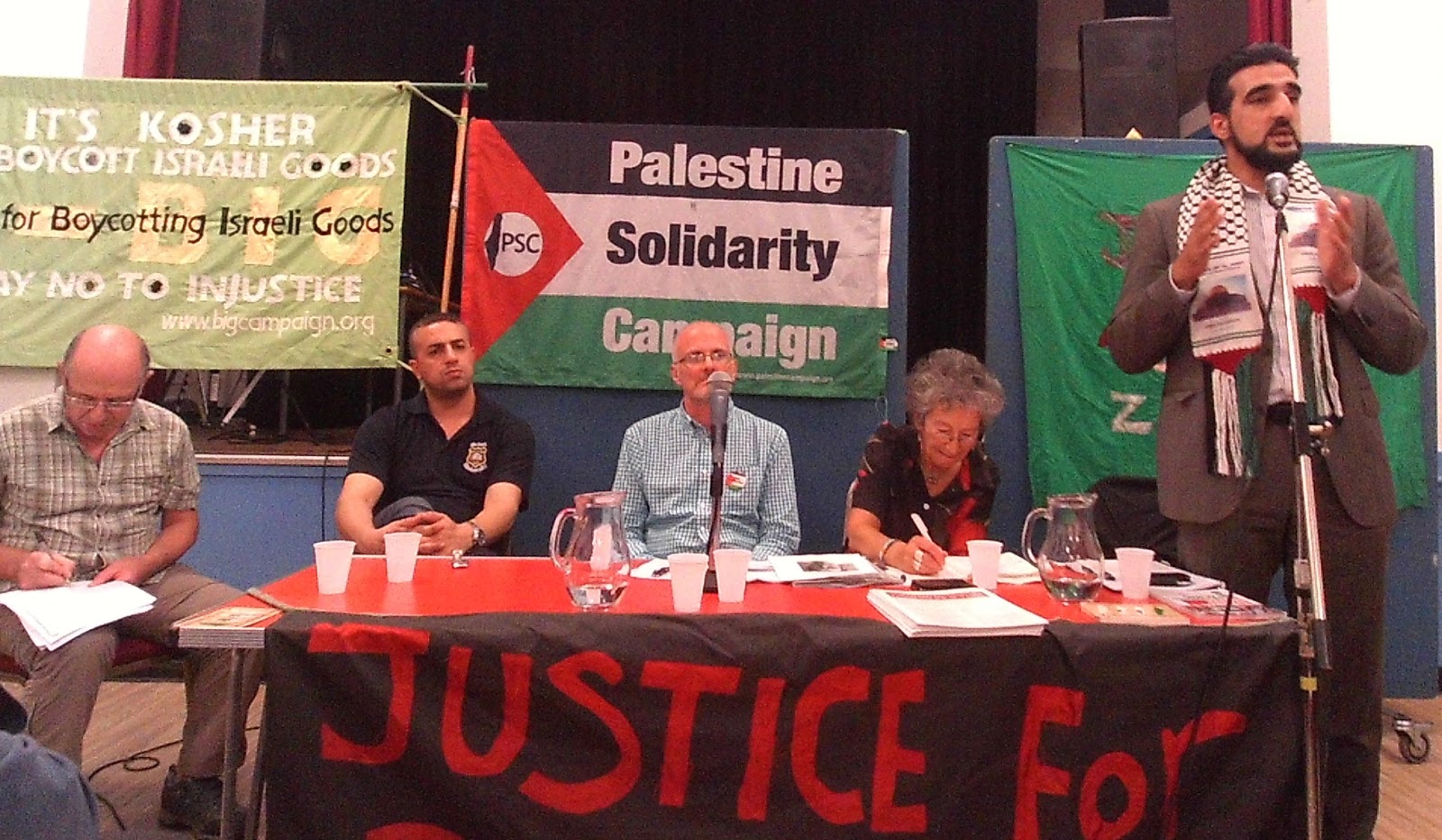 Posted by Waltham Forest Palestine Solidarity Campaign at 19:54 No comments: