The pictures are from our protest yesterday, 26 April ’18, outside Walthamstow branch of the HSBC Bank. 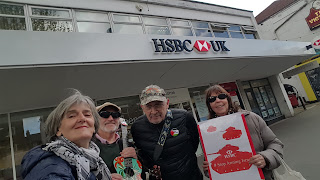 WFPSC is working on raising awareness in our local area and mobilising support to put pressure on HSBC to abandon its involvement in financing military industry and to stop arming Israel, which uses its military might to maintain five decades long illegal and violent occupation of Palestine. 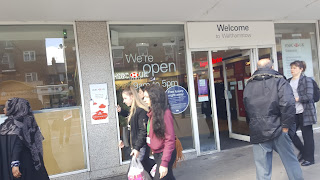 Protests against the HSBC are UK-wide with this bank is targeted for holding shares and providing loans to military and technology companies arming Israel. For example, the HSBC Bank holds £3.64m worth of shares of Israeli arms producer Elbit Systems, which markets it’s his deadly wares as ‘field-tested’ on Palestinians.
We leafleted and sang outside the HSBC asking HSBC customers to demand from the HSBC to stop its complicity and support for the Israeli war machine. 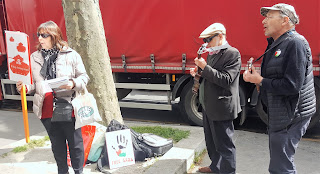